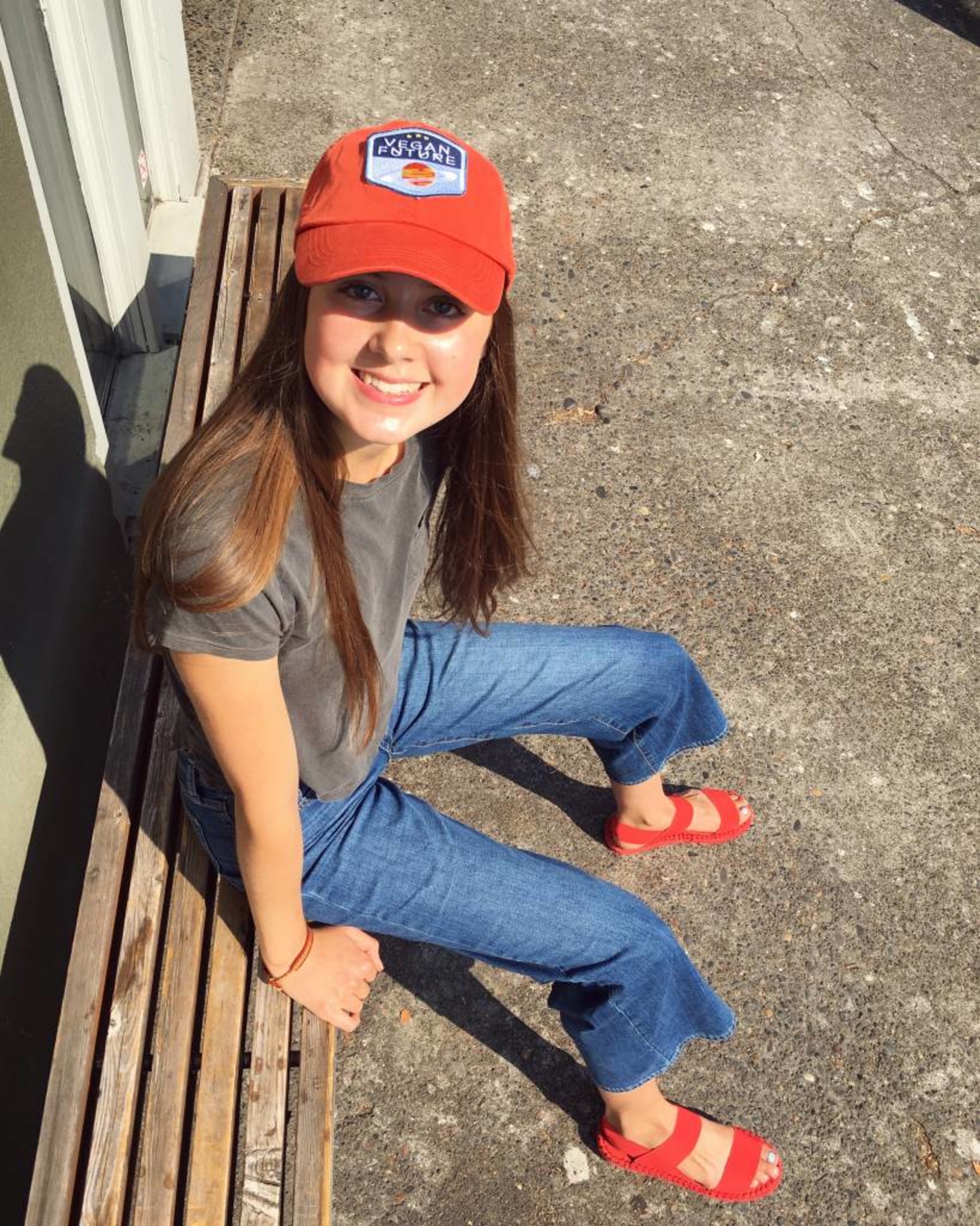 What was your aha vegan moment?

Watching the documentary Cowspiracy was my aha vegan moment.

EVERYTHING! If I had to pick just one though, it would probably be animal

What’s been the best part of being vegan?

and pain of animals. And the food, of course.

What did you/do you still struggle with?

People. I've struggled with people making fun of, not accepting, and not understanding why I’m vegan.

What’s the best advice you could give a new vegan (or, what do you wish someone had told/advised you)?

What’s your Herbivore Story (how did you find Herbivore)?

I received a birthday present from Herbivore from my mom.

“To me, veganism is all about ___(equality, justice, love, health, spirituality, common sense)___, because…”

To me, veganism is all about common sense and compassion, because I want

to live in a healthy, clean world without animals being hurt for human benefit.

Animal? Right now my favorite animal is the ground sloth, which is sadly extinct.